90 ball bingo is the oldest variation of this game and was born in England centuries ago. This Bingo style is still nowadays the most popular in Europe, especially in the British Isles.

While the essence of all Bingo games is always the same regardless of the number of balls with which it is played, the main differences can be seen in the type of cards each variation has. In this case, 90 Ball Bingo cards have 3 rows and 9 columns. In each row there are 5 boxes filled with a number and 4 of them which are left empty.

This adds up a total of 15 numbers in each card. In the first column you will be able to see numbers from 1 to 10, in the second from 11 to 20, and so on until the ninth column, where you can find numbers between 81 and 90.

Get $25 free no deposit bonus with without code

Bingo for Money is still going strong and delivering the same high levels of game quality, features and customer service that have earned them the […]

Vics Bingo offers online bingo like no other. You don’t have to spend a penny to get started and will be playing bingo in real-time […]

When you want to try out a site to play bingo, Bingo Hall is one to consider. With $55 free credit, with no card details […]

Instant Bingo is one of top Canada bingo sites. With years of experience in providing Americans with online bingo games, Instant Bingo, is well acquainted […]

Get $30 free No Deposit Bonus on Signup

Bingo Canada is a online bingo site that launched in June of 2011. They are powered by Parlay gaming software are host a full range […]

$35 trial bonus with no deposit required

South Beach Bingo has 300 unique bingo games online that are available to play, and running 24-hours every day, all year round, thus there is […] 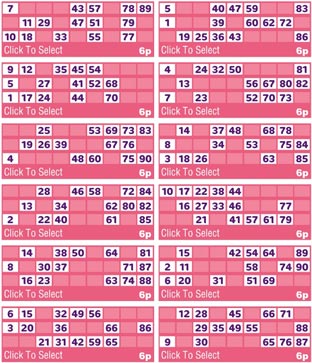 90 Ball Bingo has three levels of prizes. In the first place there is the Single Line, meaning that a player has completed a whole row on his ticket before the other players. Secondly there is the Double Line prize, which means the player has completed two rows on a same card. You don’t need to win the Single Line prize in order to get the Double Line.

Many times one player completes one line first, but then another one completes two lines before the first one does. Finally, there is Bingo, the last and most important prize which makes you win the jackpot. A player wins it by completing the entire card before any other player does.

Just like in the previous prizes, any player can win the jackpot regardless of having won or not the Single or Double Line prizes.

90-ball Bingo is the bingo game that's traditionally played in the United Kingdom and Australia. It's just like the North American-style 75-Number Bingo where players buy tickets, then mark the numbers that are called.

There are some differences, though. In 90-Number Bingo, cards have three rows and nine columns. Five squares in each row contain numbers ranging from 1 to 90, and the rest are blank
It's easy. You just buy your tickets before the game begins. The game is played with three patterns, and each pattern has a prize associated with it. The patterns include Single Line Across (Line), Two Lines Across (Two Lines), and Full House.

Random numbers from 1 to 90 are called on the Bingo Call Board. The first player to correctly cross off a horizontal Line, then Two Lines, and finally all of the numbers on a ticket - that's Full House - would win the corresponding prize for that pattern.

Mint Bingo is part of the Dragonfish network of bingo and gaming websites. The site is operated by Cassava Enterprises of Gibraltar and is limited […]

Canadian Dollar Bingo is well known around the world of bingo online for their free games but things have got even better! New players are […]

Get a 600% welcome bonus and free bingo games

With Amigo Bingo, the bingo cards are always going and the chat rooms are always busy with people chatting and making new friends. On top […]

While the free $50 bonus without deposit from Bingo Australia may not be the biggest promotion around, it’s certainly worth taking the time to grab. […]

Bingo Idol is home to some amazing online games and some great prizes. The main aim of the site is to create a place that’s […]

At Costa Bingo, players can play for free all day long in different rooms (90 and 75 ball) and win real cash prizes. Yes, play […]

Not only is the new look site for City Bingo a visual triumph, for online bingo players be they beginners or veterans it’s also one […]

Bounce Bingo is a member of the respected Tau group. This is an automatic statement of quality and a substantial range of games with great […] 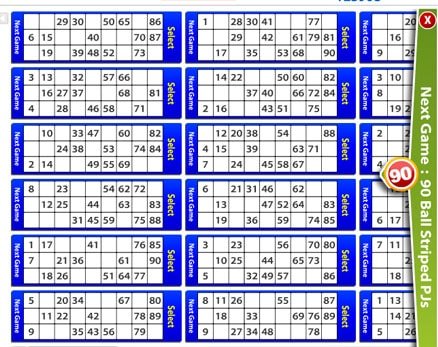 In 90-ball Bingo, each individual grid is referred to as a ticket. 90-Number Bingo tickets are 3 rows by 9 columns. Each row contains 5 numbers and 4 blank spaces.

A Strip is a set of 6 tickets containing all 90 numbers, distributed throughout in a Dab-All format. When a strip of six tickets is played in one bingo game, every possible number from 1 -90 is there.
So, you'll be able to cross of a number at each bingo call.

You're now ready to play bingo... and to get your hands on some fabulous prizes! Remember, you can always ask questions or get help from the customer service of the particular bingo site.

90 ball Online bingo games have taken online gaming arena by storm. It is a real hit in the whole world and rakes up a lot of anger among all age groups and sex. There are some differences in the way in which the 90 ball Bingo play in relation to its 75 and 80 versions ball.

The most important aspect when 90 ball bingo game is different is that it is the longest version of the game, has the largest jackpot and arrangement of numbers on board is also different. One thing is certain, that this online bingo games is a pleasure for enthusiasts the world over.

Each year the bingo games make billions of dollars online and a similar type of share goes to online 90 ball bingo version. The bingo game finds its roots far back in history. Primarily played in the American continent with beans, has come a long way to becoming a game that is loved and played by the masses. Popularity is attributed to the ease with which the game can be played and the rules are very few. There are no tricks to remember.

Whether you play the 75, 80 or 90 ball bingo, the game is super simple... and all that is required is your attention when the call is made. Also the attention part is made easy with the use of technology in which your computer, select the number on the Board when the call out hands.

90 ball Bingo, do not use a card with 5 letters that spell BINGO. The 9 columns in the Board not be appointed to any specific letters and numbers from 1 to 90 are selected randomly across the Board. The conversation is going on out there and the user has to select the number that is on the table, one to get all the numbers on the table be corrected first is the winner.

In 90 ball online bingo are different jackpots in addition to the overall jackpot. The first horizontal line filled jackpot, the second horizontal line, and finally the cheaper by the dozen. The horizontal bingo jackpots is less in value than the final full House bingo.

Other noteworthy difference in 90 ball online bingo is the free spaces, there are 4 spaces per line; if you are a big bingo fan is this game is a "must play" for you. So play online and the website to make it big with bingo. 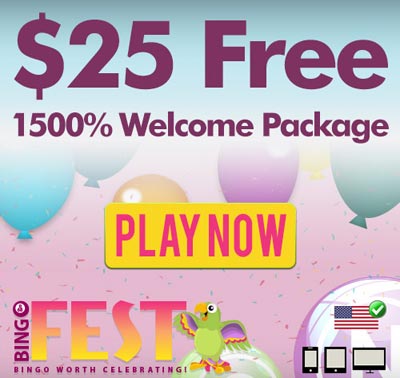 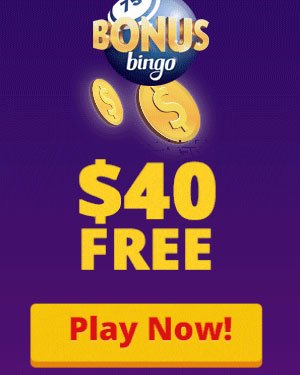